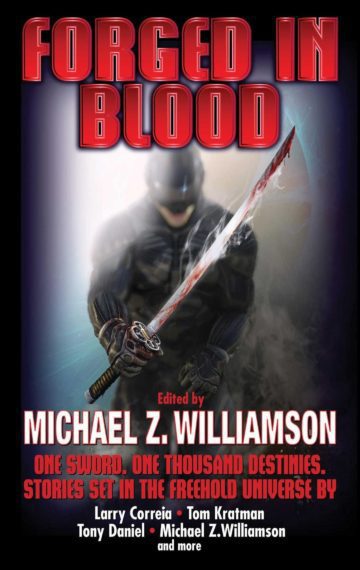 Listen to a sample
$6.99Buy NowRead A SampleSee The Reviews

WARRIORS AND SOLDIERS TIED TOGETHER THROUGHOUT TIME AND SPACE

From the distant past to the far future, those who carry the sword rack up commendations for bravery. They are men and women who, like the swords they carry, have been forged in blood. These are their stories.

In medieval Japan, a surly ronin is called upon to defend a village against a thieving tax collector who soon finds out it’s not wise to anger an old, tired man. In the ugliest fighting in the Pacific Theater, an American sergeant and a Japanese lieutenant must face each other, and themselves. A former US Marine chooses sides with outnumbered Indonesian refugees against an invading army from Java. When her lover is stolen by death, a sergeant fighting on a far-flung world vows vengeance that will become legendary. And, when a planet fragments in violent chaos, seven Freeholders volunteer to help protect another nation’s embassy against a raging horde.

Praise for Forged in Blood:

“The anthology celebrates soldiers and their tools. . . . Most of all, it celebrates warriors and the stuff that makes them so—the mettle more than the metal.”—Tangent

Standalone
A Long Time Until Now