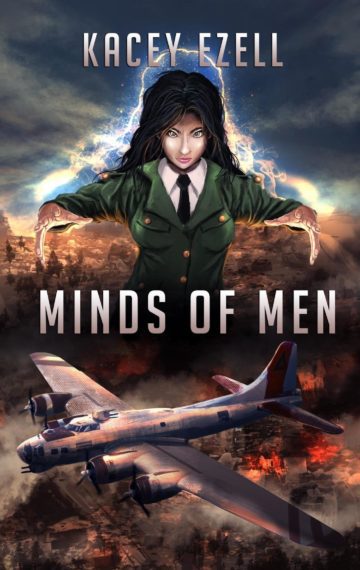 Evelyn Adamsen grew up knowing she had to hide her psychic abilities, lest she be labeled a witch. However, when the U.S. Army Air Corps came calling in 1943, looking for psychic women to help their beleaguered bomber force, Evelyn answered, hoping to use her powers to integrate the bomber crews and save American lives.

She was extremely successful at it…until her aircraft got shot down.

Now, Evelyn is on the run in Occupied Europe, with a special unit of German Fallschirmjager and an enemy psychic on her heels. Worse, Evelyn learns that using her psychic powers functions as a strobe that highlights her to the enemy.

As the enemy psychic closes in, Evelyn is faced with a dilemma in her struggle to escape—how can she make it back to England when the only talent she has will expose her if she uses it?