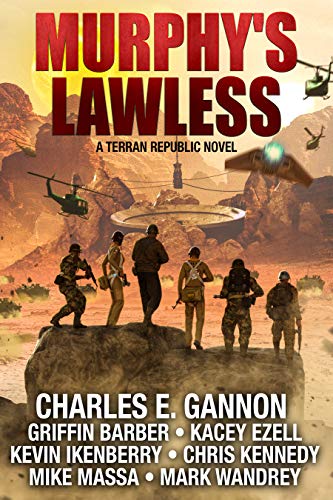 Major Rodger Y. Murphy should have died when his helicopter crashed off the coast of Mogadishu in November, 1993. Instead, he woke up in August, 2125, in a binary star system 152 light years from home. Without any memory of the otherworldly abductors who spirited them away in cold sleep, Murphy and 100 other “Lost Soldiers” have been retrieved and awakened by officers of the Consolidated Terran Republic.

Promising to return to the 55 Tauri B system after completing a distant mission, they leave the twentieth century castaways with a daunting objective: establish a base of operations on the main world, using local allies they have yet to recruit and enemy equipment they have yet to seize.

If that weren’t hard enough, 55 Tauri A, the system’s primary star, is rapidly approaching, and the technologically superior powers from that neighboring system always visit during the close approach . . . to raid, pillage, and cull the locals.

Worse, the Lost Soldiers left behind with Murphy were the losers and ne’er-do-wells deemed “sub-optimal” for inclusion on the rescue mission. Defiant and determined to live down that judgment, they have given themselves a different, more suitable label: