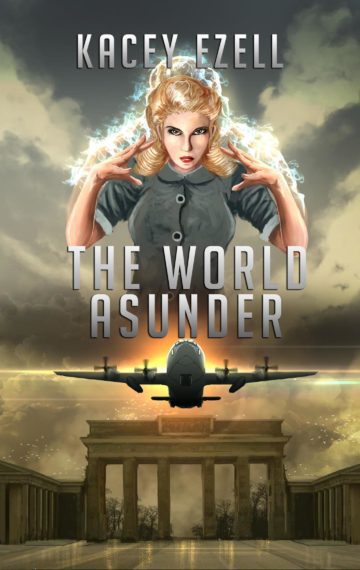 “Cold War espionage…with psychic powers! The World Asunder manages to be both thrilling and poignant at the same time!”
D.J. Butler, author of Witchy Eye

The war had taken everything from Lina Sucherin—her parents, sisters, a fledgling romance…even her faith in herself and her psychic abilities. All of it, ripped away with the fall of the Third Reich and the brutal Soviet sack of Berlin.

Three years later, amid the suspicion, paranoia, and fledgling brutality of communist East Germany, danger threatens the only people Lina cares about, forcing her to overcome her lingering self-doubt. In order to save the only family she has left, she will have to rise above her past and learn to trust an old enemy—and herself—if she is to be successful.

But does she still have enough of her psyche left to do so? Or has the war torn her world too far asunder for it to ever be whole again?